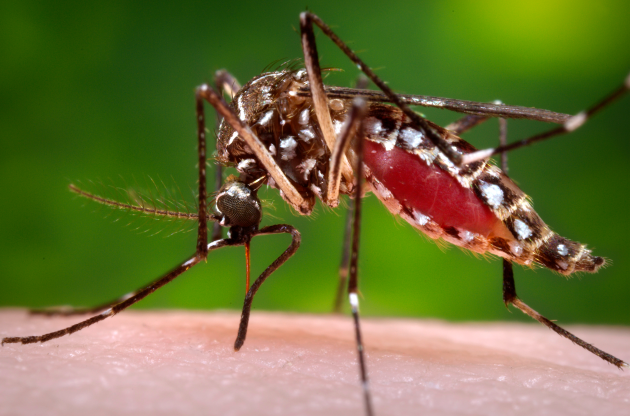 If microcephaly in newborns is really caused by Zika virus infection, there are several options for prevention. None of them are easy or perfect, and one may be surprising.

The world has been alarmed by an apparent increase in the proportion of children born with the severe congenital anomaly microcephaly in parts of Brazil where Zika virus was first detected in the early months of 2015. Brazilian authorities are suspecting – and acting upon the suspicion – that Zika virus infection in pregnancy causes microcephaly in the foetus. Others (and here and here and here) are more hesitant to conclude yet, citing the possibilities of detection and confirmation bias: the more you look, the more you find.

Epidemiological studies will solve this question, probably within a few months. The proper design seems to be a case cohort study where the pregnancy history of mothers of microcephalic children is compared to the history of mothers in general. Antibody to Zika virus in the mothers is the most important information, but researchers must also collect information on a range of factors that may modify or confound the effect of Zika virus infection on microcephaly, such as other infections carried by the same vector.

Prevention of microcephaly in newborns

Then follows the measures intended to reduce the risk of microcephaly. In principle, six groups of measures may be chosen, alone or in combination:

Active immunization, i.e. vaccination, of girls before menarche is an obvious solution. Then they will not acquire the infection in the critical period of pregnancy. This possibility is still, in the best case, some years away because there is no vaccine. (One could also imagine to vaccinate the whole population – but only after the girls have been protected – in order to stop transmission of Zika virus, but this is a much larger undertaking than selectively protecting girls.) In the meantime, other measures must be considered.

Women who are or who are trying to become pregnant can be advised to avoid mosquito bites by using insect repellent and clothing that minimizes skin exposure, removing open water pools from their home, installing screens or air condition, and avoiding areas with high mosquito concentration. Their pregnancy is still likely to be a nerve-wrecking exercise with extreme anxiety at every mosquito bite, and repeated demands for testing for Zika virus infection and perhaps for foetal malformation screening.

Women can be advised to avoid pregnancies altogether until a vaccine becomes available or the vector is eradicated in their city. They can even be advised to move to Zika free areas of the world during the critical period of pregnancy. Neither option is very sustainable or realistic in the long term.

Women can be screened before and during pregnancy. Those who seroconvert can be offered foetal screening and termination of pregnancy. This option may not be feasible for some women because of legal or ethical issues surrounding abortions.

Vector control can be initiated on a large scale, like currently in Brazil, in order to minimize transmission of the virus. A combined approach may be used: Environmental measures aims to replace wells, rain water harvesting and other water storage systems with water piped to households. Where this is not possible, water-storage containers should be water-proofed to prevent mosquitoes from laying eggs on the surface of the water. Larvicides may be used as a supplement for water containers that cannot otherwise be eliminated or managed.

Biological methods are based «on the introduction of organisms that prey upon, parasitize, compete with or otherwise reduce populations of the target species». One method has gained a lot of attention, namely the introduction of male mosquitos who have been modified to carry a self-limiting gene which their offspring inherit. The offspring then dies before the age where they can reproduce and spread disease.

Vector control is difficult and resource demanding and is unlikely to succeed completely. This means that for pregnant women, some anxiety remains. Vector control has the added benefit of preventing also other infections transmitted by Aedes aegypti, namely dengue and Chikungunya.

Is it possible that vector control may have the perverse effect of increasing the incidence proportion of microcephaly? Zika virus was probably introduced in the Americas in 2014. The population of the New World was virgin soil for the virus, and the incidence proportion of infections and the associated microcephaly increased sharply. If the vector and the virus is left to spread unhindered, then after a few years large proportions of the population will have gone through infection and be immune. (On Yap Island in Micronesia, 73 % of the population was infected during the first season.) The virus is then left to infect only the new birth cohorts, and Zika fever will become a childhood disease. In this scenario, most girls will reach fertile age as immune to the Zika virus, and the incidence of microcephaly will drop back almost to the levels observed before Zika reached the Americas.

Vector control may influence this scenario negatively. Imagine that by the age of, say, ten years, 95 % of girls have been bitten by Aedes aegypti carrying Zika virus, been infected and developed immunity. Vector control will reduce the chance of being bitten and infected. This has the consequence that the average age of infection moves upwards. Then, more women will face fertile age as non-immune to Zika and thus vulnerable to infection during pregnancy and the risk of microcephaly in their foetus. Microcephaly incidence proportion will increase! (This is somehow parallel to the introduction of a general vaccination programme for rubella with low coverage, as was seen in Greece in the 1980s, followed by an epidemic of congenital rubella syndrome in 1993.)

So, the proposition is: Let Aedes aegypti roam and infect the population, especially the girls. Advise parents to have their girls bitten by mosquitos. Screen 15 year old girls for antibodies. Are they not immune, offer them to enter a room filled with Zika virus-carrying mosquitos.

The downside of this strategy is that it exposes the population more to other diseases, especially dengue and Chikungunya, carried by the Zika vector and to other suspected complications of Zika virus infection.

More research, including modelling work, is needed to inform the discussion on options for preventing what currently is suspected to be the main adverse public health consequence of Zika virus infections, namely microcephaly in children born to mothers infected in a critical period during pregnancy.

A modelling paper on the spread of Zika virus has just been published in Biorxiv. The paper seem to support the hypothesis put forward in point 6 above.